By now, you probably by have heard about health Care reform act known as âObamaCareâ, Patient Protection or Affordable Care Act. With all the flaws that exist in the current Obamacare bill, the truth is that the Obamacare is trying to provide insurance for 48 Million Americans who are uninsured since the private insurance companies are screwing people on the individual market. 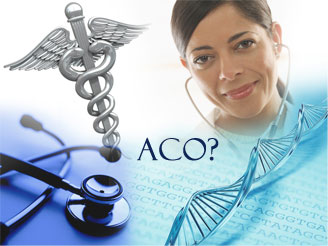 Despite all the fear mongering of the right-wing media like Fox News on how Obamacare will eventually raise your insurance rates up to 100-400% while disrupting your current coverage, the truth is that Americaâs largest insurance companies with high profit are the ones threatening to raise insurance premiums.

The Republicans and Tea Party spent $380 million dollars lobbying on the behalf of the health care industry opposing the health Care reform claiming that ObamaCare will increase the cost of insurance for all the Americans.

According to a report by National Bureau of Economic Research, âEvery 10 percent increase in health insurance costs reduces the chances of being employed by 1.6 percent. It also reduces hours worked by 1 percent. Also, between 2003 and 2004 alone, premiums went up by 11.2 percent while wages increased only 2.3 percentâ.

Although the Affordable Care Act is meant to cover about 14 million uninsured Americans by 2014, a new analysis by the journal Health Affairs shows that 30 million Americans will still be uninsured under Obamacare and they have to pay fine for not purchasing the Obamacare.

I agree that there are many flaws in the Obamacare that deserves to be questioned, however, that is not the reason why Koch brothers, Republicans and giant insurance companies want Obamacare to fail. They are not concerned that Obamacare will attack your personal liberty or is a âgovernment takeoverâ that will leave no other competitors in the free health care market.

The only reason that they are fighting the government monopoly under the âObamacareâ is that the insurance companies will no longer have the authority and power to charge people whatever ridiculous fees they want.

The Republicans might claim that âthe Great American Empire has been built on the idea of the free marketâ, or âall we need is freedomâ or âwe would be better off without the governmentâ, but the truth is that they do support and receive big donations from the giant corporations who have monopolies and are destroying the free market in US.

In fact, if the Republicans want to blame the government medical plan for destroying the free market, they should do the same about the private insurers all over the US who seem to be doing the same. Not only these corporations are destroying the free market, the few private insurance companies in the market are now competing to provide less insurance coverage while charging the policyholders even more.

According to the latest reports and studies, a few companies dominate the whole health care market and monopolistic policies of these predatorial companies are driving up the premiums paid by employers and individuals. In fact, the United States has lost its competitive advantage by giving monopolies to companies like Comcast, giant Monsanto and DuPont, Private insurance companies and giant retail stores like WalMart.

The real âUN-AMERICANSâ are the few hundred abusive Psychopaths in positions of power engaging in immoral and unethical behavior using big money from private companies and billionaires like Koch Brothers to serve the corporate interest and not the American public: Â Â

What an irony that one of the most advanced countries in the world with nearly 17 trillion dollar GDP a year and $50,000 GDP Per Capita (GDP Per Capita: Gross domestic product divided by midyear population) CANNOT provide a basic health system for nearly 50 million of its citizens. In fact, many advanced countries including most countries in EU and Canada have single payer system like Medicare for their citizens. For example in UK, everyone has access to free health care and doctors are paid based on âwell-beingâ of their patients and not 'treatmentâ. They donât keep their patients hooked on drugs that will benefit the multibillion dollar Pharmaceutical companies, because âhealth-careâ is supposed to be about peopleâs âhealthâ and not the corporate profit.

The current health care system in US has been failing the American public for too long; letâs take a look at these facts:

- Every year, 45,000 Americans die because they cannot afford to go to doctor when they should. http://www.cnn.com/2009/HEALTH/09/18/deaths.health.insurance/

- The United States has fallen behind 68 other countries, including Mexico, Saudi Arabia and Kuwait, in terms of its rate of deaths on the first day of life. http://www.huffingtonpost.com/2013/05/08/infant-death-rate-in-us_n_3237776.html

- People in the United States are living longer but are not necessarily in good health. Disease and disability account for nearly half the health burden in the United States, and poor diet, smoking, high blood pressure and physical inactivity are leading risk factors. http://www.rawstory.com/rs/2013/07/10/u-s-lags-behind-other-wealthy-nations-in-health-and-life-expectancy/

- Ridiculously large medical bills are one of the main reasons of bankruptcies in US. About 56 million adultsâmore than 20 percent of the population between the ages of 19 and 64âwill still struggle with health-care-related bills this year. Amazingly, Americans who donât have health insurance are not the ONLY ones who face financial troubles. Nearly 10 million adults with year-round health-insurance coverage will still accumulate medical bills that they can't pay off this year. http://www.cnbc.com/id/100840148

- Between 2003 and 2004 alone, insurance premiums went up by 11.2 percent while wages increased only 2.3%. Also, an average American family has $50,000 income a year and a high medical bill and a high-deductible insurance plan can quickly become something they are unable to pay. http://www.nber.org/digest/aug05/w11063.html

- Americans spend over twice as much per capita on healthcare as the average developed country. As a result of a wasteful and profiteering health care system, the US spends about $2.7 trillion dollars a year (which is 17% of its gross domestic product) on health care. Â http://www.pbs.org/newshour/rundown/2012/10/health-costs-how-the-us-compares-with-other-countries.html

- Big Pharma Pockets $711 Billion in Profits by Price-Gouging Taxpayers and Seniors. The drug industryâs profits are excessive as a result of overcharging American consumers and taxpayers. In fact, the 11 largest drug companies took $711.4 B in profits over
the 10 years ending in 2012. In 2012 alone, the drug companiesâ profits reached $83.9 billion, 62 percent higher than in 2003. http://healthcareforamericanow.org/2013/04/08/pharma-711-billion-profits-price-gouging-seniors/

Why US cannot create a single payer system like Europe covering all Americans instead of this wasteful, bureaucratic system that would only profit big insurance, Pharmaceutical or medical corporations?

If the politicians in Washington with 17 trillion dollar GDP a year could only lift up the burden of health-care costs for an average American family and small businesses, many Americans would be free to follow their dreams and visions that they currently are unable to.

Unfortunately, selfishness and partisanship in Washington does not allow those in power to understand the burden that millions of Americans carry. Not only the recent government shutdown is meant to give the Tea Party a sensational platform for their shameless self-promotion, itâs also meant to prosecute the Middle Class who are already crushing underneath the Washington and big corporationsâ ruthless policies. Â Â

When will we as real âAmericansâ detest this circus in Washington and would say âenough is enoughâ and stand in front of these âun-patrioticâ and âun-Americanâ cannibalists who like vultures are feasting on the bones of poor and middle class? Â In fact, the circus in Washington is only meant to distract the public from the private predator corporations like big Pharma, insurance companies or credit card companies that like a pack of hyenas are crunching on the bones of the poor and middle class.